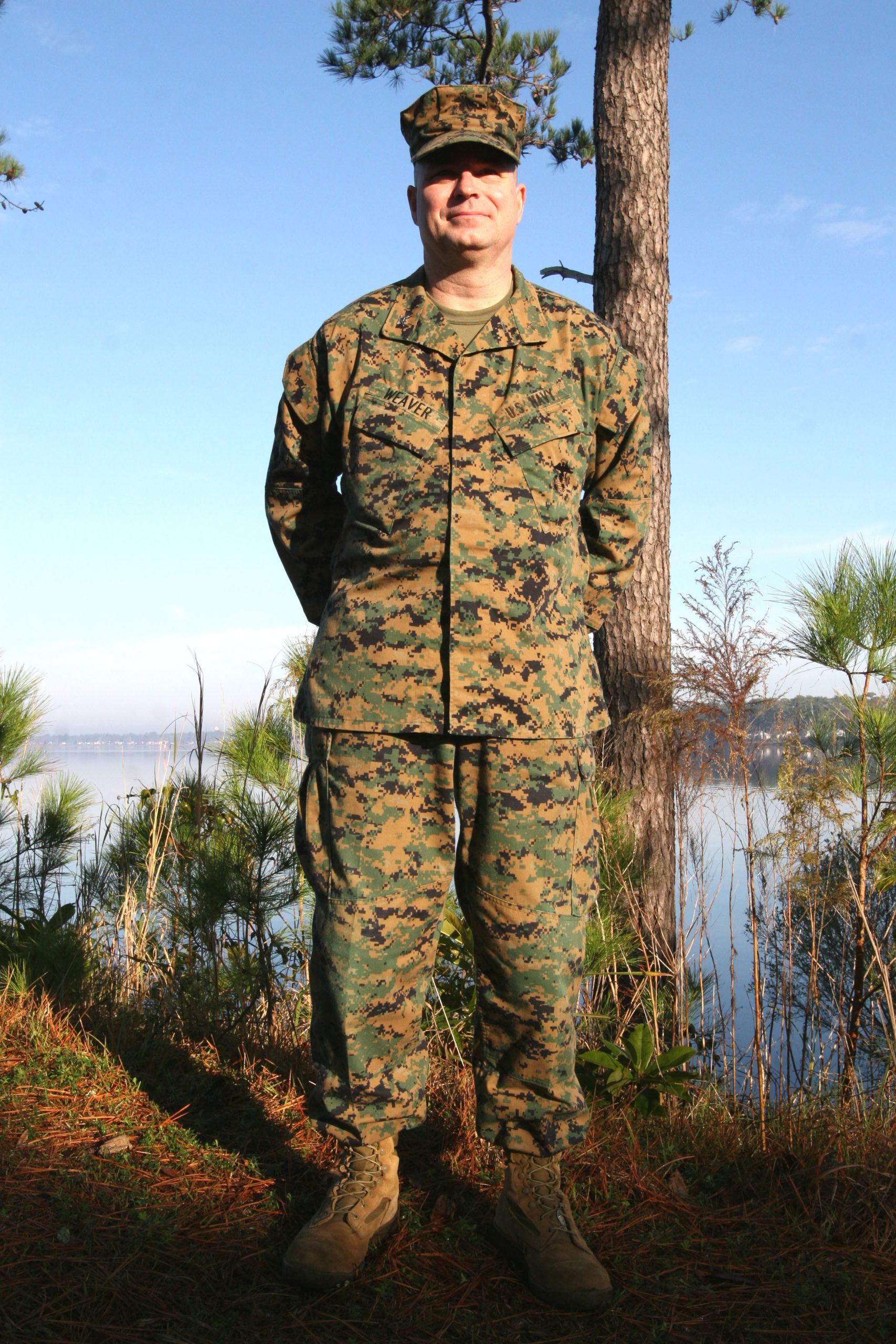 In the always perfect and wise providence of our Sovereign God, CAPT Bryan Jay Weaver, CHC, USN, was taken from this life into the arms of his Faithful Savior, the Lord Jesus Christ, Saturday, 2 April 2016, at 1707 hours EDT and thus transferred to the Church Triumphant.  “He fought the good fight and finished the course.”  In his last minutes on earth, a Navy corpsman prayed with him and the last words on his lips were “Jesus, Jesus”, repeated several times.  The command of Naval Hospital Beaufort, Beaufort, SC provided a Marine honor guard in dress blues to transfer the body to a local funeral home.

The funeral was held Monday, 11 April in Beaufort, SC, followed by burial in Beaufort National Cemetery. He was buried in his Marine uniform.

Since December 2013 Bryan had some nine cancer related brain procedures.  His wife Shelly said “he was a faithful servant to his calling to the very end”.

Bryan served as a Navy chaplain for 30 years and 5 months, 21 years of which were with the United States Marine Corps (a possible record).  His Commanding Officer with the 2nd Marine Division was General James F. Amos, later 35th Commandant of the Marine Corps.  During Division combat operations about 2004 in Iraq, he gave Bryan the nickname “Battle Chaps” for crawling from “fighting hole to fighting hole” under fire encouraging Marines and in the process teaching NCOs and officers what it is to be Leaders of Marines.  He was a faithful servant of King Jesus. He was awarded the Navy peer elected John H. Craven Servant Award in 2014 and the RPTS Life Time Service Award in December 2015.

Praise God that in the last couple of years, Bryan, who had faithfully ministered to so many, in God’s gracious providence had Christian Commanding Officers and Command Chaplains to minister to him and his family at both Marine Corps Recruit Depot, Parris Island and at MCAS Beaufort, SC