On Tuesday, December 23, 2014 a series of deadly storms blew through the Gulf Coast states, affecting communities in LA, MS, AL, GA, and FL. In MS four people were killed when a tornado estimated to be an EF3 with winds estimated to be over 130 mph came through south MS. The damage from this tornado was mainly in the towns of Columbia and Laurel, with the greatest impact being in Columbia. All PCA church facilities were unaffected and all congregants were spared any damages. MNA Disaster Response volunteers assisted the local leadership in reaching out to the greater community through mercy ministry to help stabilize two particular families who had sustained major damages. Initial needs have been met by local volunteers, and now the rebuilding has begun. MNA Disaster Response volunteers were coordinated through First Presbyterian Church, Hattiesburg, working in cooperation with leaders from Columbia PCA. Thank you to all the volunteers who mobilized so quickly on Christmas Day!!

MNA Disaster Response worked in Louisville MS in response to the EF-4 tornado that blew through this community in April 2014. Volunteers assisted with various work projects including building Sheds of Hope. 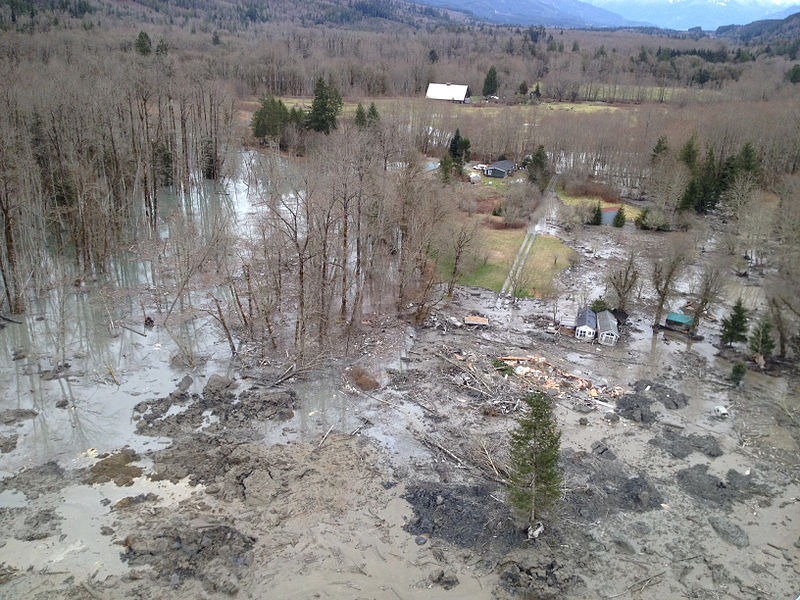 On Saturday, March 22, 2014 a major mudslide occurred near Oso WA; this is likely the single deadliest landslide event in US history. MNA Disaster Response worked with local church leaders to determine the best means to help those families affected by this incredible event.

The November 17, 2013 tornado outbreak was the deadliest and most violent tornado outbreak on record during the month of November in the U.S. state of Illinois. The outbreak included many tornadoes across Illinois, Missouri, Michigan, Indiana, Kentucky, Ohio, and Tennessee with at least seven fatalities. Damaging straight-line winds were seen over a larger area including Iowa, Wisconsin, Tennessee, Pennsylvania, and New York. For the most part, our PCA family was spared major damage except in Washington Illinois, near Peoria.

“The recipients of the Sheds of Hope have been very thankful to receive a building to store what belongings they were able to salvage or have acquired since the devastation as they start to rebuild. It really does give them hope that they are on the road to recovery.”

Watch Sheds Of Hope from Backporch Labs on Vimeo.

MNA Disaster Response worked in partnership with the Oklahoma-based churches of the North Texas Presbytery. After the initial debris cleanup and stabilization of structures, MNA teams concentrated on building ‘Sheds of Hope’, backyard yard-barn structures. The Sheds of Hope (SOH) project has become a defining ministry of MNA Disaster Response. Recently we celebrated our 85th SOH build in Moore. More than 800 SOH have been built since 2005. The Sheds provide a way for storm damaged families to begin to get the

Typically, in storm-flattened communities, MNA mobilized volunteers are the first ‘rebuilders’ as we move in to assist with chainsaw work, roof tarping, debris cleanup and build sheds on empty lots where homes once stood.

The needs presented by this flooding event were long-term in nature. Our PCA family in CO created a volunteer staging area to be set up at one of our local PCA churches.

“Many folks have asked if this is Katrina-like. In many ways it is far worse since the population density is far greater, and the weather and temperatures are terrible. People are really hurting up here. Keep praying for resources to sustain recovery operations that allow us to reach others in their time of need.”

The storm left major damage throughout the coastal regions. Initial assessments were completed by MNA Disaster Response staff in conjunction with local PCA leadership. Major worksites were established in 5 locations at the request of local PCA leadership. Initial work consisted of debris cleanup and stabilization of structures as we worked in conjunction with other faith-based relief providers. Volunteer worksites were established which allowed our churches to reach their communities with Christ’s love.

MNA coordinated volunteers here since the first day we were allowed back on the island at the request of New City Fellowship Mission PCA, pastored by church planter Santo Garofalo. Teams from NJ, SC, NC, VA and PA were on the ground from day one undertaking mucking, gutting and debris cleanup, including direct assistance to PCA families. After the debris cleanup, teams began stabilizing and rebuilding homes. Over the summer, MNA ShortTerm missionaries continued the work while also engaged in urban youth ministry.

MNA funded site-management positions and channeled other resources to help Pastor Santo impact this community and volunteers helped renovate a blighted property that is being converted into a bunkhouse. The bunkhouse will facilitate the hosting of future short term missionaries and disaster response volunteers.

Join us in celebrating the repair of the church’s physical plant! The work is complete at Redentor PCA in South River NJ, a multicultural congregation pastored by Rev. Fernando Freitas. Hurricane Sandy destroyed the church’s electrical distribution system, fire alarm, heating and cooling system and hot water systems, but with help those systems have been restored and the church is back worshipping.

Calvary Ruling Elder Ric Springer sends his thanks to all who contributed with time, talent and treasure and said this:

“You are correct that the hosting of teams has been taxing on our congregation, but we are rejoicing that we have been able to do it! The Lord has blessed us in so many ways! All of the teams have expressed their appreciation for our ministry to them as they serve the Lord in the recovery efforts. Without the financial and practical support of MNA Disaster Response we would not have been able to do this.”

MNA Disaster Response Intern Caleb Keane moved from St Louis MO to lead recovery efforts in the hardest hit areas of Brooklyn. MNA DR partnered with Resurrection EPC, a congregation that was planted with the help of Redeemer PCA. Because we are rooted in common theological commitments, we partnered with Resurrection to help folks in desperate need, celebrating all work that is undertaken in the name of Jesus. The primary work on Coney Island included mucking, gutting and rebuilding. One home that was rebuilt is owned by a man who is nearly 90 years old and has never lived anywhere else. This project, like all MNA coordinated work, provides an opportunity to demonstrate the Gospel to a watching (and waiting) world. Secondary work included supporting Brooklyn Jubilee, a faith-based legal advocacy ministry that served storm affected folks who lived in government subsidized high rise apartments pre-storm as they navigate the matrix on their path to adequate housing.

“With your help we have earned the reputation as being one of the few organizations still active post-Sandy and one who can get things done. Disaster case managers and other non-profits continue to call us asking if we can help Brooklynites in need. We give thanks for the Lord using Resurrection Brooklyn, our volunteers, and the resources that have been shared through us to gain their respect. We are trusting the Lord to provide the volunteers and resources we need to continue in this ministry for many months to come. As always, thank you for all the ways the PCA has generously supported our church and our neighbors here in Brooklyn. We could not have done this without you!”